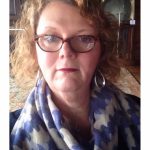 "PENNY STERLING hasn't always been Penny, but she has always been funny. She received her BA in Drama from Ithaca College in 1981, and has performed on stages and in comedy clubs across New York and in Canada--as an actor, stand-up comedian, and as a member of several improvisational troupes. Penny has also been the principal writer for The North Pole Times website, and most recently worked behind the camera as a Producer/Director for Spectrum Sports in upstate NY. Penny is also an award-winning television producer/director."